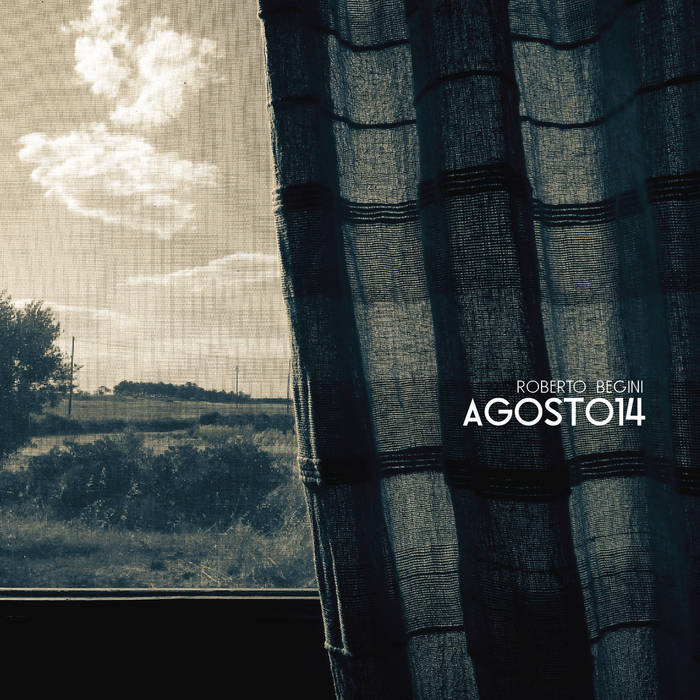 Pictures―what lies behind the taking of a picture? Don't we all desire to catch what we see, to playback what we hear? It's an archetypal human disposition, perhaps, the world's “call for narration.” When places reveal themselves, when their secrets align with our sentiments, we are thrown into a state of creation; we are urged to narrate.
And every place is unique. That is why the “journal de voyage” is a common practice in the art of field recording: traveling, for the musician, is a perfect solution. Geophysical outline, color-sound
personality, plant forms, animals, human influences―every place is unparalleled.
Agosto14 began as a collection of material recorded during a stay in southern Italy. The initial goal was simply a journal of soundscapes. But I later realized I could not leave this material untouched; I felt an irresistible calling to manipulate the recordings, add other sounds, give it structure, make my music. I had explored a place; this was my call for narration.

Each Piece of Agosto14 starts with a personal, collected, concrete sound, and evolves in a musical way. In the opening track there are sounds from the Scala dei Turchi, a sedimentary rock cliff in
southern Sicily. In August the place is white and big, filled by sunlight, reflections and human noises. In Messina I caught some weird, concrete sounds from the port and the boats as they were passing.
The center is filled with this repetitive mechanical sound, like a rhythm was coming from the boat's core.
The third piece is an interval, a concrete composition from studio and field materials recorded in Rome. There are some object-manipulating studio sounds and a bass drone coming from my home refrigerator.
The last piece, Solitudo, starts from a soundscape of Favignana island, at night, one of the rare places you can still record a pure soundscape, devoid of human noises. Recommendation: this work would better affect your listening experience with headphones.

ROBERTO BEGINI SHORT BIO
Active since 2002 as a producer and performer of electronic music, exploring several roads of expression over the years. From 2007 to 2011 he worked on the ambient music project Airframes; in
2009 he collaborated with the post-rock band Kruk as producer; in 2012 he started working in the field of film music; he is founder of the elecronic music project Kolmitt; currently engaged in the production of electronic and electroacustic music, field recording and music for films.