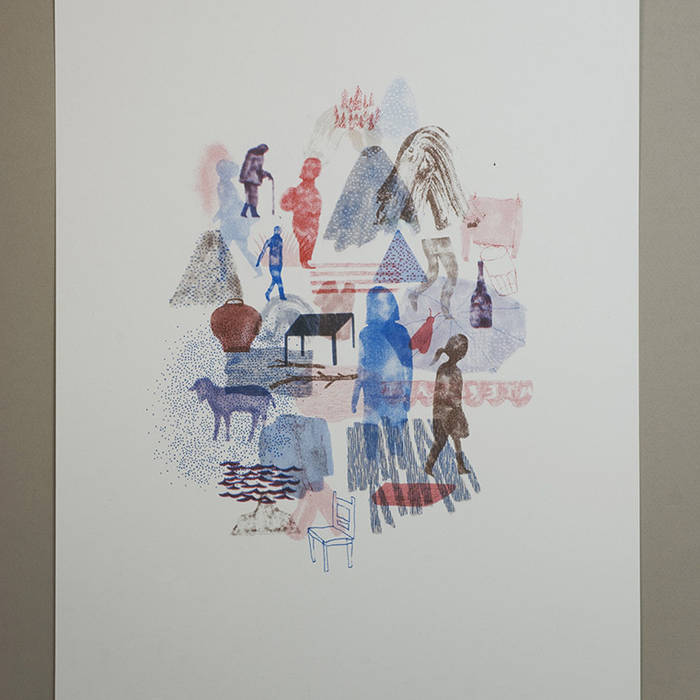 Walkingsoundtracks is a dedication to geography, to movement, to voyage crossings.

A singing for the road’s sounds, it tells the history of a multitude of inner fragments coming together to shape a context. This project was born going through field recording, electronic music and acoustic universe, combining writing and improvisation to the casualty of the soundscape’s textures.

2012 is the year of the publication of Tightrope, a work where Nicola Di Croce (guitar, laptop, fieldrecording) first composes this thick texture on different levels, with the help of a large group of musicians.

Born after an intense period of travelings and recordings, Fieldnotes is a travel journal where the sound stream alternates soundscapes very different one from another. Here personal moments communicate with spaces that are wide and thin, and both the writing and the instrumental parts articulates themselves into an overlapping of tales and directions.

The lack of clear borders pictures a continuous impulse to the data re-framing, a continuous tracking (and tracking down) of the starting point. This absence of clear coordinates thus turns into an invitation to look for an unstable shape, the note from where to start the journey to get lost again.


If the Oak editions created with the intent to present special productions in a limited edition , the idea of ​​working on a new and unexpected format was a natural consequence .
The common use of a CD is often limited at first listen, and ends anyway ( almost always) in a PC.
So if what you want is the physicality of an object that can represent the musical work that is behind an album, we decided to present their output through an illustration in Risograph printed in a limited edition , which contained within it all curbs to download the album in high quality.
Do not separate from the object, then , but to transform the idea of ​​support with that of liaison, using , maintaining the quality of listening without giving the object to collect.
The edition limited edition thus makes it possible to trace each copy simply send an email to oakartlabel@gmail.com indicating the number of print purchased to receive the album in high quality and extra content related to the Risograph print .