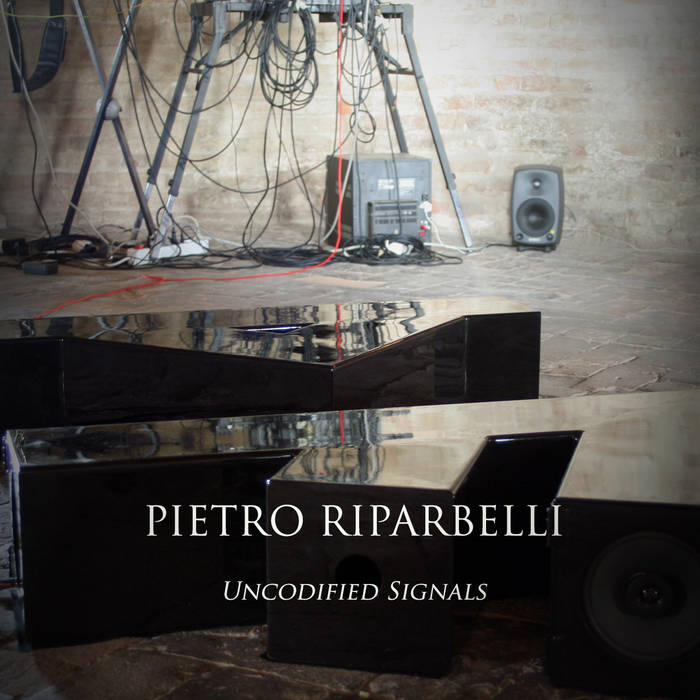 The work has been created with radio sources by shortwave radio receivers and field recordings recorded at radio center of Coltano founded by Guglielmo Marconi.

"I don't claim that our personalities pass on to another existence or sphere. I don't claim anything because I don't know anything about the subject. For that matter, no human being knows. But I do claim that it is possible to construct an apparatus which will be so delicate that if there are personalities in another existence or sphere who wish to get in touch with us in this existence or sphere, the apparatus will at least give them a better opportunity to express themselves than the tilting tables and raps and ouija boards and mediums and the other crude methods now purported to be the only means of communication."

This quote was made in the October 1920 issue of Scientific American™.

The mystery of life is certainly the most persistent problem ever placed before the thought of man. There is no doubt that from the time humanity began to think it has occupied itself with the problem of its origin and its future which undoubtedly is the problem of life. The inability of science to solve it is absolute. This would be truly frightening were it not for faith. Guglielmo Marconi - speech to the International Congress of Electro-Radio Biology, Venice (10 September 1934)

THE WORK IS ALSO AVAILABLE IN RARE LIMITED EDITION. The Album is related to the sound sculptures thanks to the concept of shortwaves.

The sculputures are provided with amplifiers so you can reproduce any sound source you like.

Below a description of the sound sculptures​.

After the concert the sculptures will remain there to create a sound installation related to
the environment. The door of the place is closed so you can see the work from the
windows surrounding the place.

This work is inspired by the phenomenon of Drosoulites: Every year, on the anniversary of
the battle of Fragokastello (May 17th ), when the dawn breaks, the visitor sees a long
procession of visions. There are people, dressed in black, with their weapons shining
under the morning sun, walkers and riders, marching from the ruined church of Agios
Charalambos and advancing towards the fort.They reach the sea and disappear into it ,
with the first rays of the sun. They are called Drosoulites.
The phenomenon usually last about 10 minutes. Many have tried to explain this in a
scientific way, and at one time it was explained as a mirage from the coast of north Africa,
but still there is no accepted consensus. The appearance of the Drosoulites is so real, that
is is documented over the ages. In 1890 a transient Turkish army, took the images for
rebels and opened fire on them. Even during the last World War, a German patrol opened
fire on the visions. So this work deals with of particular waves called residual waves which
for the parapsychology, it remains in the environment and into the wall or other things for
many many years, and these waves could be perceived and are able to creates
phenomena such as Drosoulites.